Marat studies International Business in our university and he participated in Startup Connect program. Antti Leppilampi discussed with Marat about his experiences in participating Startup Connect Kick off and Innocamp, where he got to practice being a team leader in a group.

Marat said that participating in Startup Connect program gave him good practice on how he thinks about leadership and what kind of a leader he is. He told during the interview that his favorite leader is Steve Jobs, because in his last years his leading skills showed a good combination of a democratic and an authoritarian leader. A Finnish leader Matti Alahuhta told in his book “Johtajuus” (2015, 22 – 31) on how the leader of the company n

eeds to know all the people who are working, because they are the biggest strength driving the change inside the company. Alahuhta also told that the leader needs to take a couple of key people to drive the change together with the leader and slowly reduce his role in the company, making the change of responsibilities easier when new staff members join the company. This is something, which might have happened at Apple also during Steve Jobs last years. According to the autobiography (Isaacson, 2016), he gave lots of responsibility for his closest colleague Johnny Ive and later for the current CEO of Apple, Tim Cooke.

During the interview, Marat also told a great example on how to make managers understand all the other company members. He had been listening to his friends, who had worked in McDonalds, where at first, the job is at first cleaning and cooking and then, when time goes by a worker can continue to become a team manager. When being a team manager, who has started from cleaning and cooking, it is easier to reflect and work with your team, because you know how the work is done in different levels.

After Marat will graduate, he isn’t still 100 % sure on what he wants to do, but he has a clue. He wants to work in a company, where he can continue developing all the time. You can check the interview from the long link at the end of the text. Nevertheless, here below is the summary from Marat’s leadership thoughts: 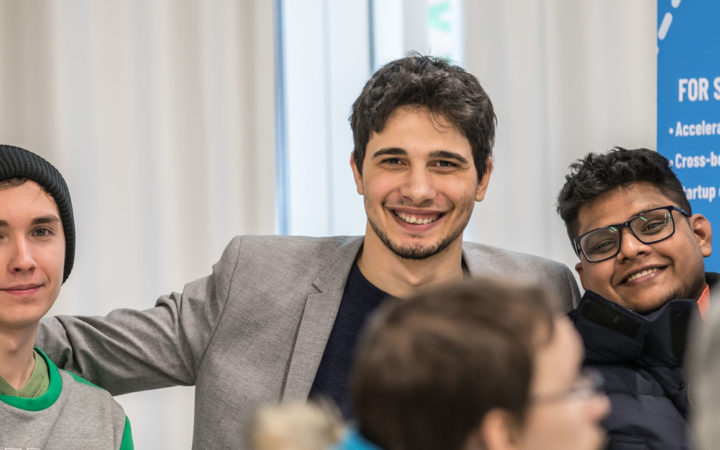 Check out
Share This
We use cookies to ensure that we give you the best experience on our website. If you continue to use this site we will assume that you are happy with it.OkPrivacy policy