The Futures Lab Logistics lead up to the Futures Fair event on the 27th of April 2022. Two student groups presented their work done during the course. Their topics were Digitalization of Logistics and Transparent and Resilient Supply Chains. Despite the small audience, the event was successful, and the students got a good experience on presenting their themes.

Group One: RDIF as a Technology

The first group presented on the topic of RFID (Radio-frequency identification) with especial focus on internal logistics. They discussed the pros and cons of the technology and its variations in addition to their basic working principles. RFID (Radio Frequency Identification) is a remote authentication method to identify people or objects via radio waves.

RFID technology needs the chip, an antenna, a reader, and a user interface. The antenna sends a signal to the chip to relay the contained information to a reader. RFID is used for example in access control, animal identification, object tracking and logistics. RFID tags can be divided into active and passive tags.

The group’s presentation gave an overview of the difficulties of usage in RFID, such as performance issues, environmental factors and reading limitations. Security is also a major factor in the technology as there are several possible security threats, such as corporate espionage and unauthorized access to customer’s data.

RFID is a very agile technology. It can be used to analyze the collected data and modify operations accordingly. The technology can be integrated in different stations of the supply and these intelligent systems protect the whole system from future risks. Another topic of the group’s presentation was the difference between barcodes and RFID. Barcodes are cheaper, but the costs of RFID are coming down thanks to new inventions, making it a more viable option.

The group naturally discussed the future of RFID. Currently, the technology is not very widely used, but it has a lot of potential. The initial costs of the technology are high. Chipless RFID systems are also in planning. RFID has multiple attributes such as enabling a better communication, making the whole chain visible and making information more easily accessible such as knowing when and where products are stored.

The group’s future wheel presented their topic’s impacts in the future in 2032. RFID technology has interesting possible impacts on, for example, the changes in work tasks which can lead to less manual work and more social exclusion in the long run. The technology aims to overall enhance the logistics chain which may lead to both problems and possibilities, such as incompatible systems and less pointless driving around. However, dependence on the technology can also be interpreted as both good and a bad impact.

But what would have to change for RFID to be more used? We cannot avoid this new technology and the most major factor for implementing it for wider use, is the fact that the more companies use it, the more will also start using it in the future. This must start somewhere. RFID has the potential to make global logistics and trade easier and more efficient.

The second group’s presentation was about the possibility of Trans-Siberian railroad and its impact on the logistics chain between Asia and Europe. Unfortunately, due to the current geopolitical situation, the group didn’t share much optimism for the railroad to become reality any time soon. Their presentation gave an overview of the pros and cons of the possibilities, and the group had also pondered on other options for the Trans-Siberian railroad.

Finland is located between the Western nations and Asia, and since we are mostly surrounded by the Baltic Sea, railway traffic from Finland goes mostly to East. China-trade is one of the current megatrends, offering continuous trade possibilities also for Finland. The Trans-Siberian railway could be a competitor for container ships on goods that require faster delivery times. Railway traffic in comparison is cheaper than airfreight, but faster than container ships. The capacity of each alternative must be considered.

“The future cannot be predicted, but by reading weak signals we can make estimates and speculations.”

As future alternatives to the Trans-Siberian railroad, the group suggested a Northern Sea route and a Trans-Caspian railroad that includes multi-modal transport. The Northern Sea route, however, contains very difficult questions about the emissions to the Arctic and possible oil leaks. The route is also open only for some months during summertime.

The first scenario consisted of closer relations with China and Russia, but weaker relations with major Western parties. In this scenario, we don’t need to fear environmental damage to the Artic and the possibility of RFID collaborations is strong. This scenario would include social, economic and political integration of Eurasian nations.

The second scenario included possible trade blocks between those who have economic superpower. This could lead to the loss of capital for both investors and governments. However, this scenario contained the development of more energy efficient transportation and the development of alternative power sources.

The group’s third scenario was the most dystopic, including the possibility of military oppression and the nationalization of infrastructure, vessels, and capital. Less traffic would lead to less emissions. Military use would optimize the railway traffic. Also, the melting of the permafrost in Arctic areas could lead to the release of unknown pathogens.

Political issues influence the outcomes and possibilities in these scenarios. The development of society plays a part in dictating the direction, too. For example, increasing or decreasing labor costs rule out the options for production. This forces us to ponder whether it is more cost efficient to have the production somewhere far away or closer by, and how these costs relate to the costs of transport. Also, climate change must be considered when looking into these scenarios of the future.

Technology allows for an increasing variety of options and futures. For example, there could be no food market in the future, but purchases would be handled antisocially with the help of automated transport robots. How would the isolation of this affect the mental health and sociality of the people, and the elderly in particular?

The aim of the Futures Lab Logistics course was to learn about foresight and changes affecting the logistics industry in a practical manner through workshops. The attending students gained awareness of factors affecting change in the industry and the importance of foresight in general. After the course, the students can identify possible future changes and assess their potential impact.

“Futures thinking is a skill that can be learned, practiced and developed continuously.” 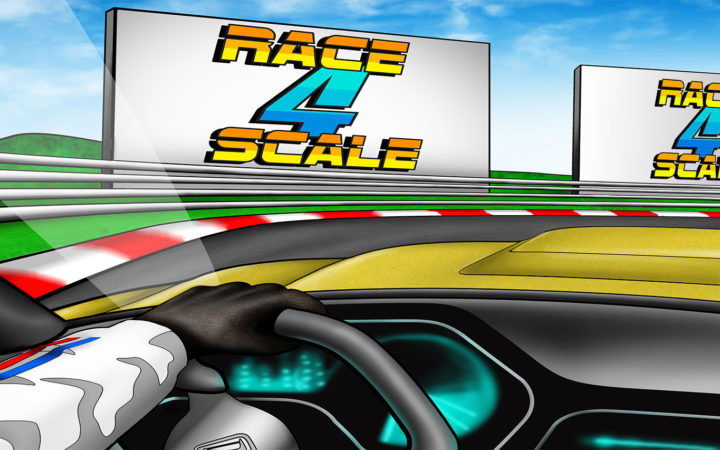 Development of the Multidisciplinary Educational, Business and RDI Opportunities for the Finnish-Russian Automotive and Motorsport Industry Ecosystem.