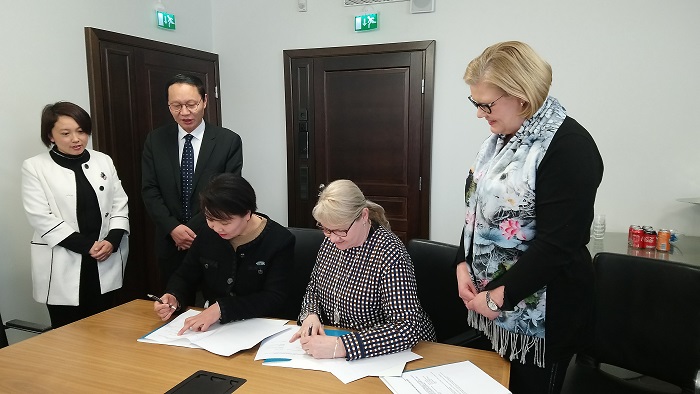 The South-Eastern University of Applied Sciences has signed an agreement with Henan University to provide a degree programme in nursing.

The agreed education services will mostly focus on the so-called double degree programme in nursing, which will be organised with Henan University. In addition, Henan is looking forward to educate its teachers at Xamk as well as to begin tailor a master’s degree in nursing for its specific needs. In the agreement it is also agreed that Xamk and Henan University will start a benchlearning process together. The focus in benchlearning will be in Nursing education in both universities.

“This is a significant international door opener for our degree programme in nursing,” said Katri Ryttyläinen-Korhonen, the Dean of Nursing and Wellbeing at Xamk.

The agreement is a result of prospering business ties with Henan and other Chinese counterparts, which Xamk’s Small Business Center started at the beginning of the 21st Century.

“This deal is a concrete and wonderful success as a result of long-term cooperation and determined endeavour,” said Anne Gustafsson-Pesonen, the Director of Xamk’s Small Business Center.