Growing transport needs are the sign of modern life. Railways have limited capacity and they almost reach their limits. Road transportation is not very environmentally friendly or energy efficient. Inland waterway transport, on the other hand, is connected to nature in a way that makes them cost-effective and environmentally friendly. With the help of current ship technology, vessels can be made low-emission.

The network of inland waterways in Finland includes the Saimaa canal leading from the Saimaa lake area to the sea and 31 other canals. The canals are located in the waters of Vuoksi, Kymijoki and Kokemäenjoki. Saimaa lake is the the fourth largest natural freshwater lake in Europe. The Saimaa basin has been an important transport route hundreds of years. There is a water transport connection to the Gulf of Finland along the Saimaa canal, except for a couple of months of winter, when the waterway is frozen. The past winter in 2019 was so mild, that canal was open two weeks earlier than usually. These are optimal conditions for using icebreakers less and making waterway more cost-effective than before. The increase of inland fairway use is justified by climate change and by its ability to reduce the overloading on the road and rail network, as well as road traffic emissions and accidents.

The share of direct transport through the Saimaa canal in the Lake Saimaa area in 2018 was 1.3 mln tons. In 2019 the volume of transport decreased to 1.2 million tons, despite of potential canal capacity is over 3 million tons. It is high time to use a large potential of the inland waterways, but there is still a noticeable disproportion in foreign trade transport: the share of inland water transport is about 0.5%. What is the reason of such a small attention to the best possible transport?

Research and some results.

The INFUTURE-project research was aiming to study the current situation of the commercial use and to find obstacles to the development of waterway transport. The aim was to study the existing goods flows in inland waters and also to find out the possibilities to increase the volumes of goods by interviewing the stakeholders. Target companies were chosen taking into account the production growth of large and well-known companies. The possibility of shifting freight transport from roads and rails were taken into account as well as the emergence of new possible freight types. The regional proximity to the existing fairways, like they have in the Saimaa region, was an important factor for the choices.

In order to develop inland waterway transportation INFUTURE-project had to understand the points of growth for IWT and reveal the growth barriers. To do so main international market actors were involved to the dialogue. Saimaa and Vuoksi area specialists, representatives of shipping companies and industrial top-managers were interviewed and their opinions brought new light to the needs of IWT. The interviews gave possibility to make some important conclusions.

All the respondents find it very important that the extension of the locks of the Saimaa canal would be finally achieved.  There are 8 locks, the length of which are 85 meters and the width is 13.2 meters. Apparently, the length of the locks is already starting to be a limiting factor for cargo traffic on the Saimaa canal. The investment for the 10 meter extension has been on the table for more than 10 years. So, there is an immediate urgency for the investment.  Vessels in Saimaa traffic are getting older and no ship owner want to order new vessels in this current “Status Quo” situation. New locks will give new measurements 92,5m x 12.6mm x 4,45m for the vessel size. The new dimensions will make transport even more cost-effective and attract more logistics operators to the area.

There is a strong interest from manufacturers like Andrits Ltd., Matsinen Group and other companies towards project cargo transportation from Finland to Russia by waterways. Regarding to container transportation the comments were not very optimistic. Containers are not the most common transport type in Finnish IWT. Joensuun Laivaus Oy have experience in the field of container services, but container transportation by water happens rarely. Saimaa ports are quite well equipped and there are possibilities to load containers and to ship them. Container traffic can bring a lot of benefits, especially on longer European routes.

With the help of port operators, ship agents and representatives of shipping companies there was formed a list of recommendations for the new ship concept. Among those recommendations were such things as ice class and side bow thruster. They also feel that companies should be ready to share capacity for bulk cargo and container transportation. The respondents also see the need of energy consumption and bio-fuel use in inland water transport.

In addition to this the interviewed top-managers suggested, cautiously, that the volume of production in 2020 remains at the same level as in 2019. The only exception was technology industry, which supposed a gradual growth. Andritz Ltd., Mantsinen Group and forest industry companies UPM and Stora Enso have made significant investments, which may lead to the increase of cargo flows.

Obviously, at the time the interviews were conducted, it was possible to anticipate an increase in transportation volumes. Nobody could predict the world pandemic situation. Coronavirus will undoubtedly change all our plans and will influent on the whole world economic. However, Inland waterway transport will maintain its position as an environmentally friendly, cost-effective and large-volume mode of transport. 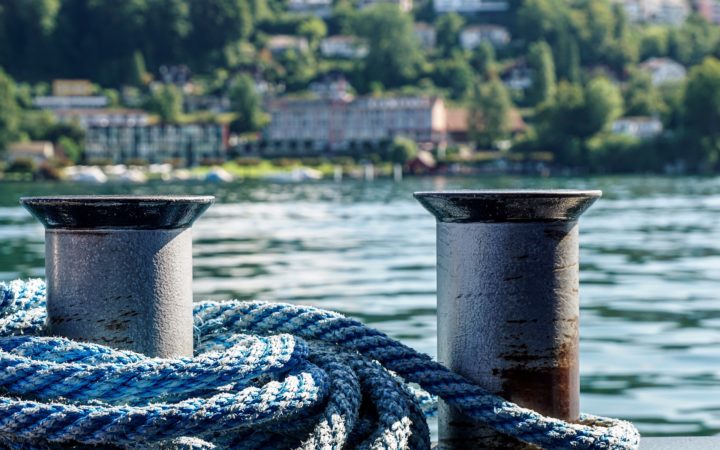